If you are eating as you read this you are probably eating waste plastic. Everywhere we look in our food we find micro or nano plastics. The chemicals (such as Phthalates) in these plastics interact with our bodies, altering our hormonal balance.

Evidence suggests that an adult may ingest over 1,000,000 (1 Million) micro plastic particles a day.

A 2015 report by UC Davis explains that out of 76 of the most eaten fish 25% contain plastic. We know that plastics contain powerful hormone disrupting chemicals such as Phthalates, which transfer in to the fats and muscle tissue of the fish.

As 2.6 Billion Humans rely on the ocean for primary source of protein, this is a huge and escalating health problem. 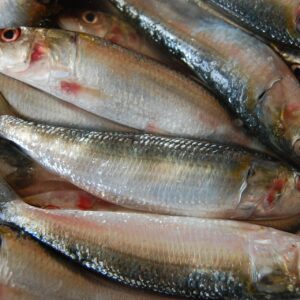 Recent studies have shown that Fruit & Vegetables are riddled with micro plastics.

Environmental Research, reported an average of 195,500 plastic particles per gram in apples and 189,550 per gram in pears .

Carrots were found to contain the most microplastics.

Every 100 grams of mussels eaten contains an estimated 70 pieces of debris, according to the researchers, whose study is published in the journal Environmental Pollution.

Around half of the debris found in the mussels was microplastics such as polyester and polythene and 37 per cent was other debris including textiles such as cotton and rayon.

The Journey from Trash to Table

You may ask “How does plastic get in to my food?”, the Trash to Table route is surprisingly simple, but will differ depending on the type of food.

Fish and Seafood (Muscles / Prawns) can consume micro plastics directly or indirectly. Filter feeders that primarily guzzle plankton, will ingest microplastics by filtering it directly from the water. We then catch of collect these creatures and eat them whole (or at least eat their digestive system), and in doing so we ingest the plastic.

Larger fish that predate smaller ones, or eat other type of filter feeders will ingest the plastic they contain. Plastic and chemicals leached from it also work their way in the muscle tissues of larger fish.

Eating of fruit and vegetables from contaminated land, has been long known to have negative health impacts. Unfortunately a great deal of the agricultural land used for food production is contaminated with microplastics.

These microplastics are added to soils, via the use of compost or sewage sludges used for fertiliser. Land next to rivers may also be impacted when a river bursts its banks, and river water containing billions of micro plastic particles flows over the land.

Primary microplastics are the main offender here with a source in laundry washing or cosmetics.

The soil (and the plastic they contain) can be incorporated in to the fruit and vegetable as they grow, or they can be taken in the plants via the roots, and contaminate food that way.